The Diocesan Museum of Sacred Art Museum was recently re-christened the Mudas Museum with its transfer to Arezzo’s Palazzo Vescovile. It is the embodiment of the Arezzo area’s religious and cultural vitality, with its rich treasure trove of priceless art.

Located on the first floor, the rooms house a remarkable collection of important pictorial works from the 15th to 19th centuries; the 16th-century frescoes painted by Teofilo Torri, the painter from Arezzo; and the papal apartment that hosted Pope John Paul II during his 1992 visit to Arezzo. The heart of the collection are some objects brought together for the historical exhibition of sacred art held in Arezzo in 1950, on the occasion of the ninth centenary of Guido Monaco’s death. It was entitled Exhibition of Sacred Art from the Diocese and the Province from the 11th to the 18th Century.

There is a collection of prestigious silverworks and liturgical vestments and hangings, including the famous Siena pax board depicting on one side, the dead Christ supported by angels and, on the other, Our Lady of Sorrows, which is to be pointed out for its importance. It is a highly refined and very rare work of French manufacture in gold, enamel, precious stones and pearls. Dating from the early 15th century, the pax board was donated by Pope Pius II Piccolomini to Siena’s cathedral, which in turn donated it to the cathedral of Arezzo in 1799 during the anti-French uprisings of the Viva Maria movement.

One of the rooms houses three large and rare wooden crucifixes, from the 12th and 13th centuries, symbolizing Christ’s sacrifice on the cross. The oldest example dates back to 1179, and was originally covered with gilded copper plates and as a result conceived as a large silver work.

Of particular interest is the detached fresco of Saint Jerome Penitent, datable to 1480, with, exceptionally, its sinopia displayed next to it. It is by Bartolomeo della Gatta, the most important painter of southern Tuscany after Piero della Francesca.

Continuing, we see works from the 14th and 15th centuries in which the prevailing theme is the Annunciation. We can admire works by such local artists as Andrea di Nerio and the better known Spinello Aretino. Among the many works, the unusual and extraordinary large terracotta attributed to Bernardo Rossellino and dated 1432 stands out.

There are also significant works on wooden panels by Domenico Pecori, a predella by Signorelli, four Della Robbia statuettes in glazed terracotta, and an elegant and charming painting dated ca. 1575 depicting Christ in the House of Martha by Santi di Tito, one of the most important artists at the beginning of the Counter-Reformation, and then some paintings by the famous neoclassical painter Pietro Benvenuti, who was also originally from Arezzo.

The core of Vasari’s works is well represented by the processional banner made by Giorgio Vasari for the Company of the Peducci in 1549 consisting of two highly sophisticated paintings depicting the Preaching of John the Baptist and the Baptism of Jesus; by a large tondo datable back to 1557; the Madonna of Mercy, originally a red silk canopy top, repeating an iconography that was quite widespread in the art of Arezzo between the 15th and 16th centuries and finally by the predella with Scenes from the Life of David, originally part of the large panel painting kept at Arezzo’s State Museum of Medieval and Modern Art which came from the Church of San Rocco, today destroyed.

The collection has not been definitively established yet as it can draw on the rich heritage of the diocesan property and therefore, in the future, it could accommodate works of great artistic value housed, at the moment, in religious building that are no longer suitable or are rarely open to the public.

The museum is easily accessible via the existing access to the north of the city, using escalators, and is located opposite the Cathedral in the Episcopal Palace. The renewed Diocesan Museum, has found, though not yet in a definitive manner, a functional and appropriate exhibition structure: accessibility for the differently abled, spaces for teaching, for temporary exhibitions and restoration laboratories.

Mudas is part of a general plan for the promotion of the historical, artistic, and cultural heritage of the Province of Arezzo that stands out for the quality and quantity of the existing art works in the district. The new Mudas was conceived as a center of religious and cultural study, and should not be considered as merely a repository with the task of protecting and safeguarding fine art. Also available for guests is an area set up as a ticket office, checkroom, and bookshop. 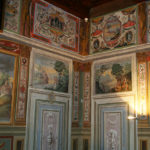 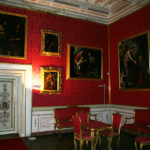 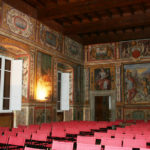 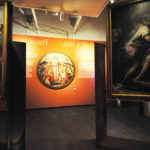 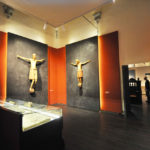 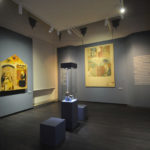