In front of the still functioning industrial complex of the Doccia Factory, the current home of the Richard-Ginori Museum, open to the public since 1965, is in a modern building with a rational linear structure, specifically designed for that purpose by architect Pier Nicolò Berardi.

In reality, its origins go well back in time to the 1700’s; the illuminated and illuminating idea of placing production activities side by side with collecting interests must have been very clear in the mind of the Marquis Carlo Ginori already in 1737, the year in which the Doccia factory, the oldest porcelain factory still active in Italy, was born, due to his strong desire, his artistic curiosity and his entrepreneurial spirit of adventure.

The initial nucleus of the museum is therefore made up of the works gathered by its founder; these works have been supplemented over the years nearly up to our times,with those selected by the subsequent proprietors of the factory, who from time to time have wanted to preserve a tangible memory of the various forms and of all the diverse decorations used in the services requested by the most illustrious customers of every era: the best Florentine families, the Hapsburgs of Austria, Napoleon’s sister Elisa Bonaparte, the Savoys, and the Rothschilds. Because inone word, the museum in Sesto is above all a very valuable and exclusive sampling of the production at the Doccia factory, which became Richard-Ginori at the end of the 1800’s.

From display case to display case, one follows the evolution from the early prototypes with stenciled motifs, to the rococo forms enriched by oriental designs in homage to the places of origin of porcelain making techniques, to the austere Empire exemplars, to the highly decorated models from the second part of the1800’s or to the extremely stylized twentieth century exemplars designed by Giò Ponti.

Of particular interest, as well, is the group of late Baroque waxworks, coming from the workshops of Giambattista Foggini and Massimiliano Soldani Benzi, sculptors who also worked for the Medici Grand dukes; they are sketches and models which can be assembled into groups, subsequently made in porcelain, some of which may be seen in the museum. 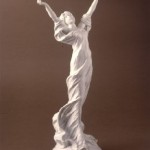 Lamp base in the shape of a female figure 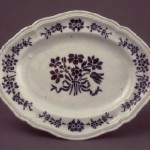 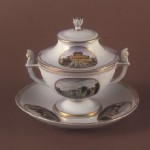 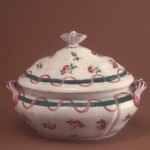 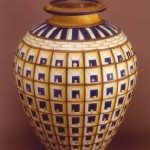 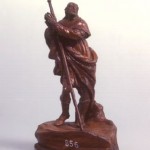 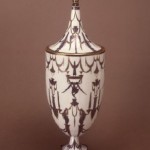 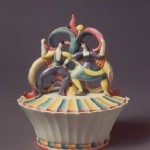 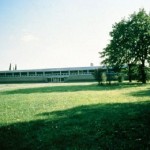 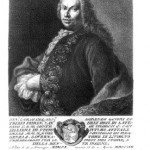 How to get there:
By car: coming from the centre of Florence, follow the signs to Careggi and then to Sesto Fiorentino.
Driving along the A1, exit at Calenzano. Go on towards Sesto Fiorentino.

Closed on: Mondays, Tuesdays and holidays (including 25 December and 1 January).