The first group of the Florentine mineralogical collections dates back to the Medici collections, that were kept in the “Galleria” (the Uffizi); these specimens, as well as all the natural history finds, were reunited in the palace of Via Romana owing to the foundation of the Museum of Physics and Natural History by Peter Leopold in 1775.

In about a century (1880), the success of the single disciplines and an increase in the collections provoked a division of the museum into “private collections and museums”of various disciplines which later gave rise to the various university institutes. It took another century (1984) for the Museum of Natural History to be formally, even if not physically, reunified, bringing the natural history collections back to their original concept.

So today there exists a Museum of Natural History at the University, organized into six sections: Anthropology and Ethnology in via del Proconsolo; Botany, Geology and Paleontology, Mineralogy and Lithology in via La Pira, the Botanical Garden in via Micheli and Zoology, which has remained in its original seat, La Specola, in via Romana.

The mineralogical collections currently amount to about 50,000 specimens, but already at the end of the 1700’s there were more than 12,000 pieces. A notable source of information on the eighteenth century collections are the catalogs of the time (8 volumes), chronologically followed by a series of appendices and new editions of the catalogs that permit to study the evolution of the collections over the centuries.

Essentially, the specimens are gathered into three collections: “general”, “Italian regional” and “dressed stones of the Medici”, but only a very small part of them can be seen because of a lack of space: just think that the area for the exposition space is less than 200 square meters and there are less than 2,000 pieces on display!

The Targioni Tozzetti collection is part of the historical core. This was the personal collection of Giovanni Targioni Tozzetti (1712-1783), an illustrious Florentine naturalist who compiled the first catalog of “ the natural productions” lying in the Uffizi which gave rise to the Museum. The collection currently consisting of about 5,000 samples, was originally made up of almost 10,000 specimens and supplied with a 12-volume handwritten catalog.

The general collection includes samples from all over the world and, over the last few years, has been enlarged with the acquisition of large collections. Among the various specimens which stand out are: a 151-kg yellow topaz crystal, amethyst geodes weighing dozens of kilos (up to 400 kg), a 98-kg aquamarine beryl, as well as multicolor tourmalines, typical of the Brazilian pegmatite environment. Also a group of meteorites forms part of the collection,ranging from one which fell in 1794 to those more recently found, and a collection of cut and uncut precious stones, including an eye-catching 20-carat diamond.

The regional Italian collection gathers specimens from all over Italy. Samples of sulfur, aragonite and celestine from Sicily, specimens of azurite., foliated covelline and phosgenite from Sardinia and a complete collection of Tuscan minerals are to be pointed out.

Of great interest and importance, the real jewel of the museum, is its Elban collection, essentially formed by the merger of the collections of Captain R. Foresi and Prof. G. Roster, acquired around 1880. Made up of more than 6,000 samples today, its historical nucleus lies in “The 5,000 Elbans”, as Millosevich called them in his 1914 catalogue raisonné. Truly exceptional samples are the tourmalines and the beryls from the S. Piero in Campo area as well as the iron minerals (ilvaites, hematites and limonites) from Rio Marina.

Among the oldest collections, both special and unusual for a Natural History Museum, is the Medici collection of dressed stones, consisting of more than 500 specimens of cups, vases, snuffboxes, bowls (some of which finely chiseled or with inscriptions) once belonging to the Medici family’s personal collections. These objects originally came from the Galleria degli Uffizi, and were then assigned to the Museum of Physics and Natural History. Some of them had been made in the Galleria workshops. 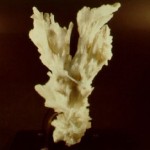 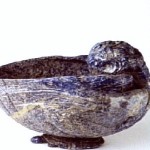 Provenance: from the Uffizi Tribuna, it was entrusted to the Private Royal Secretary in 1782 and then to the Imperial Royal Museum of Physics and Natural History
Type: lapis lazuli
Medici Collection

Shell-shaped cup fastened by a sea monster with a turtle-shaped pedestal. Mentioned by Vasari in 1568, it was created by Gasparo Miseroni. 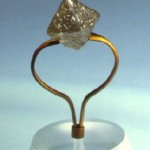 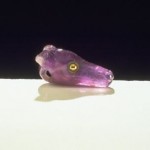 Provenance: from the Uffizi Tribuna, where it was preserved in the cabinet of Ferdinand I
Type: amethyst quartz
Medici Collection 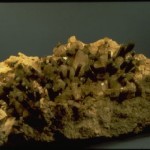 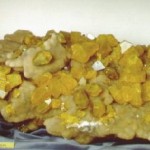 Druse of transparent crystals on aragonite. 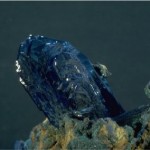 Groups of flattened crystals on a matrix. Group of red crystals on dolomite. 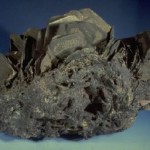 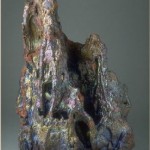 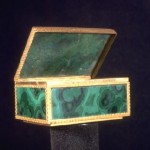 Provenance: perhaps a gift for Pietro Leopoldo who married the daughter of Carlo III of Spain in 1765
Type: malachite
Medici Collection 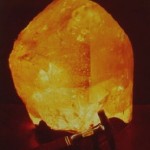 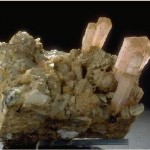 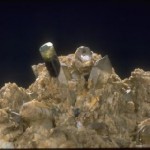 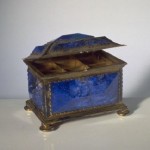 Provenance: entrusted to His Royal Highness in 1787 and then to the Imperial Royal Museum of Physics and Natural History
Type: lapis lazuli
Medici Collection 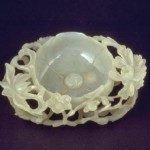 Cup in the shape of a lotus flower 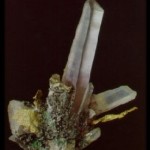 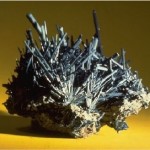 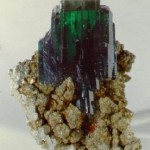 How to get there:
By car: When you arrive in Florence, follow the signs to the Viali di Circonvallazione (boulevards), then to Piazza della Libertà. Park in Viale Matteotti.